If you’re one of the folks who keep up with me on Facebook, my favorite watering hole, you already know I had a week of Mondays last week, and look! Here it is again! At least of the eight Mondays in a row, two were legit.

Last Friday (Monday #5), MSB and I made some plans I was looking forward to. Nothing big and dramatic–we were going to hit the farmer’s market early in the morning, follow that with lunch out, take in an SFA women’s volleyball game afterward, then nap until the TAMU-Miss. State football game in the evening.

He’d been working every weekend for who knows how long, and the weekend before was his first off–but there was nothing to do. Seriously. Nothing. We spent the day at home with nary even a football game to appeal to us. When we found out he had this past weekend off, we were ready for some fun!

Well, I’ve always believed his work had our house bugged. Every time we’ve ever spoken of our plans within the walls of our own home, someone from work would call him back in and our plans would disintegrate. So I shouldn’t have revealed how eager I was for the weekend to whichever picture hanging in our house the company is hiding their bug in.

Friday afternoon, MSB called me from work. Not only did he have to pull overtime that night, the dear ol’ company wrecked our weekend plans.

Which actually turned out to be a good thing, because on Monday #4 (aka “Thursday”), Mom called to say she was sick. She was okay, she said. Her friend was with her and handling everything, and “no, don’t come down, I’ll be fine.” So, I didn’t go down.

Friday afternoon. “How ya doin’?” 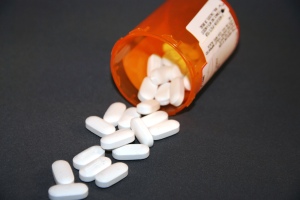 Early Saturday morning I’m on the road thinking how God works things out. It’s not like I wouldn’t have come to Bryan even if we did have plans–of course I’d come. Even though the company had other plans for MSB, He had other plans for me. Nobody spent Saturday home alone.

If you’re wondering, Mom’s going quite a bit better.  I gave her one of my pills–shhh, don’t tell the Feds–that took care of the problem right fast. My guess is she had a stomach flu that seems to be over now. I was planning to come next week anyway, so since I’m already here, and since she’s getting so much better, we can just have our visit and fun this week.