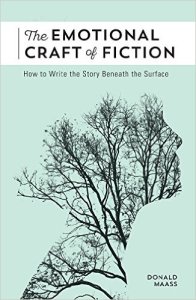 I tell ya, I’m getting my mileage out of the notes I took at the ACFW Conference in Nashville last month. Under Donald Maass’s direction in the class (which he based on his December 2016 release), I wrote all the necessary ingredients to my novella-in-progress, Kayla’s Challenge, and I’ve been sharing here what I learned and did there. In Part 1, I took you through the “write the truest sentence you know” experience, and followed with “mood/environment” development in Part 2. In Part 3, we went hunting for the warts on Kayla’s nose, because every character has them–the flaws, weaknesses, and bad habits that make them interesting and worth pursuing.

I chose a “flaw” for Kayla, who has controlling parents and allows herself to be controlled basically because it’s just easier than fighting with them. The way she compensates for being so easily controlled is by being spontaneous, impulsive. The best way to work this flaw is to show it in action.

As a humor writer, I can have a blast with that set of questions/actions. But let’s change it. What if the reason for Kayla’s behavior is a symptom of a more nefarious cause? What if she had been controlled through violence? What if that violence was delivered by her father? What if she now has to forgive him?

So now, instead of fixing a flaw, we’re healing a hurt. How do you do that? Here are a few choices:

I have to admit, since this didn’t really fit what I was doing with Kayla, I was able to take better notes. Whenever he talked about fixing her flaw, I’d go off on a tangent and write page after page of scene ideas. Once he got here, once we arrived at “healing a hurt,” the brainstorming stopped. But just because I don’t need it now, doesn’t mean I won’t need it later.

So, here are my notes on how to set up a “healing” story:

Ultimately, someone will need to be forgiven. How? Whether the protagonist gets an opportunity to confront that person or if she just “lets it go,” the reader will need proof of forgiveness.

And the forgiveness—whether we’re watching Kayla confront her controlling parents in a humorous context or another character dealing with an abuser in something more dramatic—is the character’s inner journey, the arc of change. This arc keeps the reader involved—emotions keep the reader involved. As Maass said, “Plot intrigues. Character involves.”

So, at the end of the story, the character has to do “one big thing” to illustrate that she has forgiven and has overcome the hurt in her life. What will it be?

What if it’s something she must do, but vowed she’d never do? Why did she vow she’d never do it? Why must she do it now? What lengths will she go not to do it? Who admires her courage or disdains her weakness? Who feels the opposite?

All this makes up the fabric of the plot. Then we have the great scene of confrontation between her and the one who hurt her, followed by our “proof of forgiveness” scene, the one we’ve been building up to—her doing whatever it was she vowed never to do.

What does she change/learn after she does whatever it is she swore not to do? Good? Bad? Consequences? Rewards?

Frankly, I can’t wait until December, when Maass’s book finally releases and I can stop relying on my notes. He said he has hundreds of exercises in it developed to help us deepen our characters, and I can’t wait to dive in.

He’s right, you know. Action for action’s sake is fine, but shallow, pointless, unmemorable. Even disaster films start by quickly getting us involved in the characters’ personal lives before the nuke hits or the dam bursts or the boat starts to sink. The best way to engage your readers with your characters is through emotion. Everyone has flaws, everyone has pain. We all have private burdens and shameful secrets.

Every single reader out there is a voyeur, wanting to see how someone else handles their own flaw/pain/burden/secret. We’re writers. It’s our job to give the voyeurs something to see.

2 Responses to Studying Under Maass (Part 4)