Writing Goals to Strive For

Remember this from a few weeks ago? I love it, not just for the idea it presents, but also for the way it presents that idea. It’s new, different, and original, and I wish I’d been clever enough to write it.

This description of a library grabs the reader’s imagination and presents a truth uniquely stated.

Notice the contrast between the words “decaying,” “disintegrating,” “forgotten,” and the concept of it all smelling like a “dessert,” “sweet, “figs,” “vanilla.” Glue, of course. And cleverness. Isn’t that something? By association, cleverness is a dessert snack.

Actually, for me, it is. When I hear or read something cleverly written, I tend to want to say it aloud, to taste it and see how it delights my tongue. Once I’ve done that, it never seems to leave me.

Just like one of my favorite similes from suspense queen Lisa Gardner’s Survivors Club. I’ve never forgotten it.

The husband of one of the club members, a woman who had been brutally attacked while he was away “working” one night, tried to soothe her with her favorite flowers and meals.

Guilt, she decided, smelled like roses and chicken piccata.

Can you beat that?

I try to. Every time I come across an emotion that I want to milk for all its worth, I try to do something like that. I try to beat Lisa’s best simile with something of my own that is clever and unique and calorie-laden like a sweet dessert.

Most of what goes into a novel is basic writing—you’re imparting information about the plot, characters, setting, action. But sometimes while you write, you have to slow your reader down to make her feel–fear, love, hate, frustration, irony, loneliness, betrayal–so many other emotions common to everyone. Yet, though they’re common to everyone, everyone feels as if they alone are experiencing them. They need someone to put into words the depth and intensity of whatever it is they’re feeling. They’ll read your words, then reread them and think, “Yes. That’s it exactly.” And they’ll seem less alone because they know that you, at least, know their hearts precisely.

Notice that not one example I’ve provide is spot-on. The first doesn’t say, “I want to write about the beauty of September.” The second doesn’t say, “The library smelled old and musty.” Lisa didn’t write, “Her husband felt guilty.” The examples are Master’s Level “Show, Don’t Tell.” This isn’t SDT 101, it’s word artistry at its finest. It’s something to continuously strive for.

Yet, lest we become paralyzed by the challenge or lost in the striving, we need to keep this in mind, also: 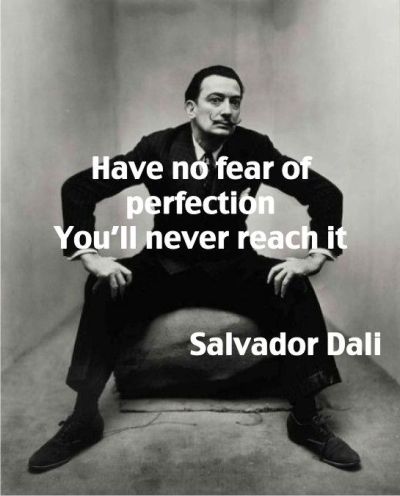 8 Responses to Writing Goals to Strive For