One of the things I try to teach my clients–mostly new authors–is how to create tension during action scenes. How to accelerate readers’ heart rate and make them race through the pages. It’s an easy trick: stronger verbs, shorter sentences and paragraphs, and short, yet highly visible descriptions. And the way to make action scenes more memorable is to add character emotions. Without emotion, action doesn’t carry the same impact.

Usually, when I’m editing, I have the client’s own work with which to illustrate the “better way.” For this post, however, I have to come up with my own example. So, below is a write-up of an action scene similar to those that cross my desk, followed by how I would ramp it up. 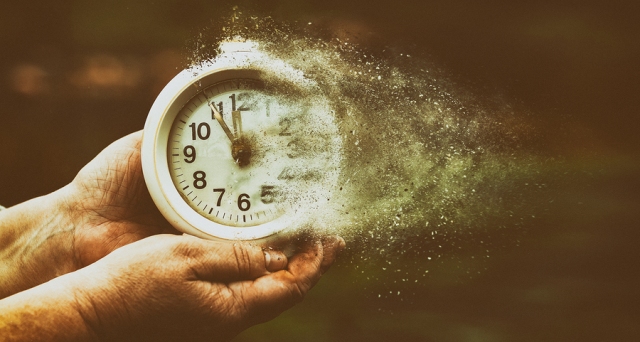 Mike looked at his watch. Time was running out before the charges were set to explode. He looked back to see if Lorie was keeping up, but she wasn’t there. He couldn’t believe she wasn’t on his heels. He rushed back into the building, keeping an eye out. He knew the bad guys could be anywhere, but he had to find Lorie. He thought he saw her and someone else as the shadows in a window. He had to get back to her. He started running toward the window. He ducked when someone shot at him.

Mike looked at his Timex–one minute, fifty seconds left. A minute forty-nine now. They had to get farther away before skyscraper blew up.

But Lorie wasn’t with him. She’d been right behind him when they raced through the lobby. How had she not escaped?

Shadows darkened a plate-glass window in one of the building’s conference rooms, then moved from sight. One was roughly Lorie’s size and shape. The other . . .

Mike balled his fists. He had to get to her. Had to save her, not just from being buried in the rubble, but from the gorilla manhandling her. If he got his hands on that ape, he’d wish the building had fallen on him. Mike would make certain of it.

He dropped to a crouch behind an aluminum bench, glancing left, right. Over his shoulder. The other bad guys could be anywhere, but he had to get back inside. Fifty feet away. Open concrete broken by an occasional potted shrub or bench.

His blood raced through his veins. Going back inside was madness, but he couldn’t leave Lorie. He wouldn’t leave her.

One more glance over his shoulder, then he darted to the nearest bush. Another quick survey. Was that movement behind the other shrub? He studied it an instant longer. No. Bird or something.

He swallowed and took a deep breath. He couldn’t fail–not this time.

He charged across the open pavilion, zig-zagging to the front door. A gunshot pierced the air, echoing against the skyscraper. The bullet missed Mike, but sent flak flying from the entry’s concrete pillars. He jetted toward another pillar and ducked behind it. The next shot might not miss . . .

One simple fact: amping action takes longer to write than simply describing it. The POV must be deeper, which means avoiding words like saw, heard, felt, thought, knew—anything internal like that, because it’s telling. What you want is to show the action and  how it affects the character. Verbs like “run” or “rush” can easily be replace with more descriptive verbs. Check any thesaurus. High-impact words deliver high-impact action. Short, even choppy, sentences makes the readers’ eyes race across the page. Their adrenaline rises, just as they imagine the character’s does.

And that’s what you want.

6 Responses to ACTION, by example