Y’all remember me telling you that a series of rough, stressful events changed the tone of The Cat Lady’s Secret? (See “Writing in Times of Adversity.”) To prove my point, here’s a post from fellow author Leanna Sain, only she didn’t work on an already-existing WIP and watched it change like I did. She worked with the stress and wrote something totally different from her usual fare ~~~~

My mother was diagnosed with Alzheimer’s. That knowledge affected me in more ways than I realized. Even in my writing. 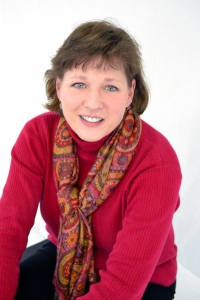 My usual style is romantic suspense, nothing too heavy, lots of humor, and always a happily-ever-after ending. Not this time. No, this story is a bit darker: a serial killer who uses the verses of the lullaby “Hush, Little Baby” as a blueprint for his murders, while a girl dreams the murders before they happen, but is unable to stop them. When I read the first murder scene to my husband, he just stared at me with wide eyes and finally said, “Sometimes you scare me.”

Writing Hush was therapy for me, an outlet of sorts; a way to work through the pain, anger, and frustration that accompanied watching a loved one die and being unable to do anything about it.

Alzheimer’s is a death sentence, with a 100% mortality rate. It’s hard on the patient, but I think it’s harder for the family. Watching this horrible disease steal away everything that made my mother who she was, leaving behind an empty shell, was awful. The person I loved and who loved me died long before the shell that was left did, and there was nothing I could do about it.

As a result, I decided to make my protagonist’s mother have Alzheimer’s too, so we could travel this road together. I know, I know … how could I be so mean? But it felt necessary, and it allowed me to honor Mama by weaving some of the things she said and did into my story. I guess Lacey (my protagonist) was sort of my alter ego during this difficult time.

Mama traded in her old body for a new one in June of 2017. In her memory, I’ve decided to donate my royalties from Hush to Alzheimer’s research through the Rotary Club’s CART fund (Coins for Alzheimer’s Research Trust). It’s my prayer that they find a cure soon so no other family will have to go through what mine did. 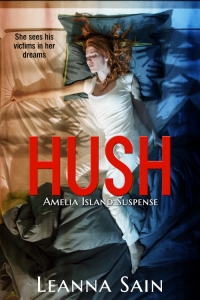 Lacey Campbell dreams of murders before they happen, but when she realizes the victims all look like her, she knows she’s in trouble. Now she’s afraid to fall asleep because the next face she sees could be her own. Can she stop the killer before joining the other bodies in the morgue?

Award-winning author, Leanna Sain, earned her BA from the University of South Carolina, before moving back to mountains of western NC. Her Southern suspense or “GRIT-lit,” showcases her plot-driven method that successfully rolls elements of best-selling authors Mary Kay Andrews, Nicholas Sparks, and Jan Karon all together, making it her own. She loves leading discussion groups and book clubs. For more information or to contact her, visit: www.LeannaSain.com