When Writing Time is Sparse 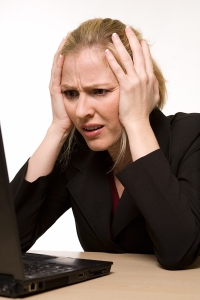 So here’s the deal: back in 2012, I started working on a novel called Southern Challenge. Got a few chapters written, fell in love with it—then had to quit on it so I could turn Give the Lady a Ride into the Circle Bar Ranch series and crank out a couple more novels featuring Patricia and Talon and the gang.

Then, in 2017, I had a chance to revisit the novel when a group of my friends and I decided to write a collection of novellas centered around tiny houses. That’s when Kayla Mullins of Southern Challenge became the heroine of Kayla’s Challenge in Coming Home: a Tiny House Collection. Basically, I wrote the backstory of how Kayla got from Georgia to Texas, where the series is set.

Fast-forward to 2019. The Circle Bar Ranch series is complete, and I’m ready to work on the Southern Challenge series. During my writers’ retreat in January, I reread the manuscript to the first novel in the series, now named Kayla’s Winner, which I started back in 2012 and supplemented in 2017. I still loved it. I even got to add a few chapters to it during and after the retreat.

Then things started going nutsy, as I sorta explained in my newsletter this past week (click here to subscribe). There are a ton of changes going on in my life, and time isn’t entirely my own anymore. This current state of affairs is going to get worse before it gets better, and writing time is sparse. So, I resorted to—

You’ve heard the advice to push through. Keep writing. Don’t edit as you write. Don’t look back. Make your daily word count. Great advice. That’s what I’ve been trying to do. Since January, I’ve been cranking out words, aiming toward the goal of having this written and the initial proofread done before I send it to my critique/editing crew in May. I want to find a new agent come September, and I want this thing all flawless and shiny. Of course, I go back and reread what I wrote during the last session—whenever that was—then I keep on cranking. I’m at the halfway point now.

But let me tell you why the “crank technique” doesn’t work for me.

I’m an intuitive writer. A Pantser. Queen of SOTP—seat of the pants—creations. Granted, I do outline occasionally, but only as far as the next few scenes and only if I’m afraid I’ll forget what I intended to do. And I stink at taking notes about what I’ve written, so if I don’t reread everything I’ve written on a fairly regular basis, I have no idea what’s on the page.

If I were an outliner and good note taker, I would be able to figure out where I am and what I’m doing at a glance. But I’m more of one to edit as I go, and when I get to write daily, that is a daily process. In my chaotic life right now, the daily process has given way to the crank technique so I can have this done by May. 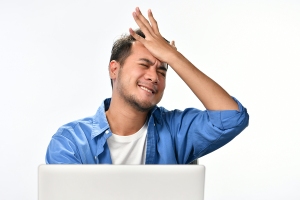 Last week, however, I found myself with time to slow down and see what I’ve done so far. Talk about a head-smacking experience! I’m bruised, y’all!

I gave my green-eyed heroine blue eyes and a gray pickup to the hero, who drives a white flatbed. I keep referring to an eight-month time-span as six months and to the heroine’s brother by two different names. He’s either Kade or Kyle, depending on which page I’m reading.

But worse, I put in whole scenes that serve no function.

Moral of the Story

I really should just try to stick to the way I do things. It works for me.

Outlining seemed to work back when I tried it, but my story read like I was just ticking off events from the outline. No depth. No emotion. And I always try to keep notes on what I’ve written, but three things tend to happen: I forget to do it; I do it, but omit pertinent details; or I do it, but forget to refer to it as I write.

In my “real” life, my not-trying-other-writing-methods life, I reread and edit on a regular basis. The edit is light, usually just changing one word for another, but the point is to refamiliarize myself with what’s on the page. Do I still give blue eyes to green-eyed characters? Yes. But I’m quicker to pick up on useless scenes so I don’t have to rip them out along with everything afterward that was built upon them. I haven’t had to do that since my early days. And yesterday.

Stick to your guns, folks. Figure out what writing style works for you and don’t waver. Too much advice just muddles things.

4 Responses to When Writing Time is Sparse