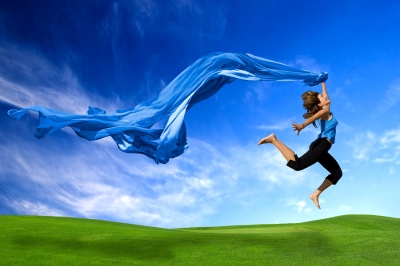 The Circle Bar Ranch Series is now completed. Someone suggested I write a book 4, and it’s tempting, but no. I think I’m ready to move on.

CBR wasn’t intended to be a series, so despite the fact that the first two novels were award-winners, it is the biggest lesson in how not to do things known to mankind. This time around, with the Southern Challenge series, I’m going to do things differently and implement some of the lessons I learned the hard way with my first series, starting with the most obvious: I am writing a series. To a certain extent, I got lucky with the Circle Bar Ranch. I’d left just enough open in the first book Give the Lady a Ride, to design a series around afterward. Though each book was a different genre, each continued a tale started in the first.

This time, I know in advanced I’m writing a series, so I get to plan each book ahead of time and I get to maintain its genre from book to book.

But like I said, that’s the most basic lesson. Based on others I learned, here are my New Series Resolutions:

Write with an eye on marketing/promotion

As I write, I can develop my promo tools and ideas that will help to market the new release. Getting a head start on this will make the actual release events easier. Although  I did a lot of things “right” with CBR, I could have been far more effective. So, as I write, I will:

If I do a lot of this early, then by the time the manuscript is in the hands of my critique partner, copy editor, and beta readers, I can develop the specifics of my marketing plan with much of my materials already developed.

Pre-determine the path to publication

If you didn’t already know, not only was Give the Lady a Ride supposed to be a stand-alone, it was traditionally published at first. Because the publisher decided to drop the Christian fiction line, I discovered my only recourse was to put it out myself. And because I’d done that, I did all the others myself too. And, because I never really learned how to do formatting and such, each one of the books is different from the other. The only thing uniform across the series is the cover design. Until recently, spine width was different on each book, with the first being especially thin because of the tiny font we used.

Starting with a new series gives me a clean slate, and the clean slate gives me more options:

Currently, I’m leaning toward the third option. I enjoy the control with indie publishing, but I could do without the headache. It’s been years since I’ve had an agent, and I’ve never been with one of the larger houses, so I wonder what I’m missing. Lately, I’ve been reading a few agent blogs. Chip MacGregor’s farewell-to-blogging post held an interesting paragraph:

I’m awfully tired of getting harangued by authors who haven’t sold much, who aren’t really making much money, and whom most of us have never heard of, but who insist they know everything about publishing, and are sure that everyone who works at a publishing house is wrong because they never bought my book.I’ve seen it over and over and over. And over. Thin-skinned writers who are sure of themselves, even though they don’t seem to know Jack-squat…

I’m not the author who believes I know everything. I’m well aware I know Jack-squat, but what caught me was the “haven’t sold much, who aren’t really making money, and whom most of us have never heard of.” The point of the agent is to put you where you can make money and can become someone people have heard of. I don’t particularly want to be famous, but a little more visibility would be dandy, TYVM, and if an agent can help with that, then I’m in.

So, if this is what I decide to do, and I’m leaning heavily in that direction since I believe I have the street creds to be more successful this time, I resolve to:

The ACFW Conference is in September every year, and next year it’s in San Antonio. Now I have a goal: my manuscript and proposal must be ready by September 2019.

That’s a biggie. I’ve always been far too lenient of a boss. I finished my contracted novellas, Ice Melts in Spring (available for pre-order in the Firefly Southern Fiction’s collection, A Southern Season) and Loving a Harvey Girl (releasing in August, 2019, in the Smitten Historical Romance’s collection, The Cowboys) by the required date, but novellas come easy for me. Novels are different. I’ve watched deadlines fly by on jet’s wings and didn’t blink twice. Being your own boss has advantages, but those same advantages are detriments when someone else has contracted to boss you around. If there’s a resolution I’m worried about keeping, it’s this one.

What about you? Where are you in the writing process? What are your plans and goals? Is there anything you can do now, as you write, that will make the marketing process easier later? Do you know what you want and how to make it happen?