Cindy Huff had an excellent post on Writer’s Patchwork Blog yesterday. Couldn’t help stealing it and sharing it with you.

Posted on December 13, 2016by jubileewriter

There’s a new show on CBS that parallels the writing life. Bull stars Michael Weatherly (formerly of NCIS) as a psychologist who specializes in trial science. The science of getting in the heads of jurors to help present a case you can win. Bull and his team take on cases of innocent people (of course, I suppose trial science can be used to help the guilty get off) and analyzes what is needed for those individuals to be found not guilty when the media and initial evidence points to their guilt.

Dr. Bull preps the defense counsel on what questions to ask during jury selection to find jurors who will be sympathetic to his client. After the jury is selected he hires people to be a mirror jury. Each juror’s personality, convictions, and worldview are matched to the real jurors to create a fake replica jury. Bull’s team have mock trails to discover what the outcome would be based on various scenarios.  What is in the background or character makeup of each real juror that could influence the verdict? How can they present the case and the client to these twelve to gain their confidence for a not guilty verdict? Fascinating stuff.

As writers, we create characters we want our readers to sympathize with. Otherwise, they won’t read to the end. We need to dig deep as we create our characters and find out what is their underlying motivation. They must be more than one-dimensional. If your heroine had an FB page, what would she post? How are your hero’s finances? Do your characters love their jobs? Did the protagonist have a wonderful childhood or is there a family secret that taints his view of the world? We need to get into their heads.

Bull’s team digs into the background of each juror and, based on that information, creates a profile on how they would probably respond to various pieces of evidence and information shared during the trial. A recent episode was a malpractice trial. The defendant was a brilliant physician but an egotistical jerk. The patient was suing because a lifesaving hysterectomy prevented her from ever having children. She felt it could have been avoided. The sympathy of the jury sat squarely with the patient.

Challenge of winning over the reader

Of course, Bull’s team discovered the special machine used to do the surgery was the culprit that caused the excess bleeding that led to the doctor’s decision. The challenge was to get the jury to look beyond the doctor’s arrogance to be open to the idea the manufacturers of the surgical equipment were at fault. The doctor had to allow himself to be vulnerable on the stand. The dramatic scene with the doctor admitting he has only one talent—being  a surgeon—but he lacks people skills in every area of his life. It wins the jury to his side.

Our characters must win over our readers. The cranky old guy should reveal how much he misses his son who died in the war. The addicted mother needs to share with her daughter what pushed her over the edge. The fiancé should finally admit his fear of being a father because his dad was abusive.

Research into each juror helps Bull craft questions for the lawyer to bring the desired result. We writers need to know what our readers want. What questions are we seeing on TV and social media? What is trending? Those are the things that make for fresh plots. Things that address real or perceived needs. Settings and situations that make the reader curious. A friend of mine has her character building a tiny house. Another author explored negative mothering that left the heroine struggling with self-worth.  Reality shows are all the rage and those settings can make for interesting plot twists whether romance or murder. Again, the types of characters populating these settings draw the reader to follow your story to the end.

Each episode of Bull ends on a high note for the client and a takeaway lesson. Our novels need the same sort of conclusion. And if our characters are relatable to our reader, the conclusion will meet the felt need. And just as I look forward to the next episode of Bull, your readers will anxiously await your next novel.

How do your characters mirror life?

How do you build character’s your readers relate too? 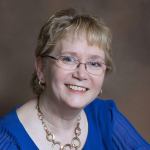 Cindy Huff has been writing since high school in many arenas. She served as a guest columnist for the Beacon News, wrote scripts for Children’s Bible Hour, children’s stories for various publications, as well as magazine articles and devotionals in a variety of publications, Not to mention a plethora of skits, monologs, and mimes performed in church services and by homeschoolers. She also coached drama teams and a teen mime group.

Cindy was a member of the Christian Writer’s Guild and completed both the Apprentice and Journeyman Courses offered by the Guild. The mantra, “writers never stop learning” is important to her. She is a member of Word Weavers International and president of the Aurora, Illinois chapter.  Like most writers, she reads extensively to improve her writing skills and immerses herself in the beauty of the written word.

I had the honor of reading her Secrets and Charades, her debut novel which will be available March 2017. It won the 2014 Editor’s Choice Award from Lighthouse Publishing of the Carolinas, and for good reason. All of Cindy’s work and study is evident in this novel. Her novels will be an excellent addition to the world of Historical Fiction.

You can her here: