If you’ve read this blog for any length of time, you’ll remember that I was supposed to write a novella about a couple of other characters from Give the Lady a Ride, Marie Lambeau and Chance Davis. Since I never could come up with a name for it, I called it Entr’acte. I hate to admit that life got too much in the way of my writing that novella, even after going through all the trouble of outlining it according to Katie Weiland’s Outlining Your Novel. I still want to write it, but I’m wondering if I’m too late, since it was supposed to release before The Final Ride.

But I suppose the least I can do is tell you what happened, just in case you don’t already know: They got married. Let me introduce you to Mr. and Mrs. Chance Davis: 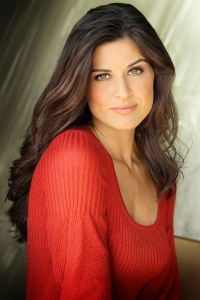 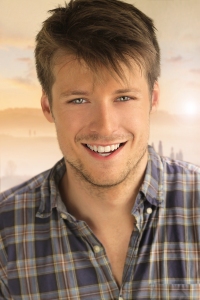 Chance and Marie’s love story is played behind the scenes of Give the Lady a Ride. Their whirlwind romance culminating in holy matrimony suits them far better than it would for Talon and Patricia, who are tending to take the slower route.

Marie is from a more humble background than Patricia, having been raised in Queens rather than on New York City’s Park Avenue. She’s the middle child of a large family, headed by her French father and Italian mother. She became a fashion model at a young age and runway model in her hey-day — not to mention being on the covers of some of the world’s foremost fashion magazines. But she doesn’t miss modeling too much, considering her Italian genes. She likes to eat (but she does maintain her figure). She’s an extrovert who makes snap decisions based on intuition, explaining why she said “yes” to Chance’s marriage proposal within a few months of meeting him.

Since her biggest fear is boredom, she likes to work. And she likes to own the place in which she works, which is why she closed Tres Chic, just off 5th Avenue, and opened the Quad-B in a tiny storefront in Stephenville, Texas.

She also likes adventure, which is why Chance is so great for her.

Chance, like Talon, is a bull rider. In fact, he’d rather ride than ranch, just the opposite of Talon. Chance, like Talon, became orphaned at an early age, and when Jake and Loretta McAllister took them both in, they became instant siblings. Chance, too, is an extrovert and makes snap decisions based on logic. He’s got a quick mind, knows what he believes and why he believes it. For instance, he believes in John 3:16, and lives to bring as many “whosevers” in the world to belief and salvation as he can. In fact, he baptized Marie in the horse trough at the Cowboy Church.

Logic played no role in his decision to propose so soon after meeting her. That was all heart and emotion. And a bit of Spirit-leading. Who says there’s no such thing as love at first sight?

Talon and Chance almost always took the top two bull riding slots on the local rodeo circuit. And even though Chance’s shoulder has a tendency to pop out of joint, he still wants to try his hand at the pros. He’s ready to pay his PBR dues and wants Talon to join him. In fact, Chance has a great opportunity lined up — huge purse, not to mention sponsorship perks — and he wants Talon to participate, but Talon promised Patricia he wouldn’t ride again.

The pressure is on. Can Talon keep his promise? 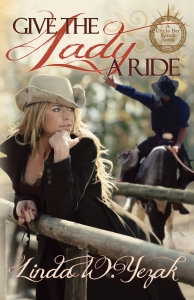 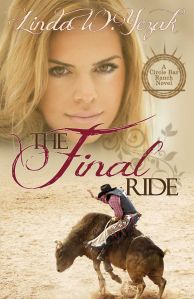 5 Responses to The Newlyweds