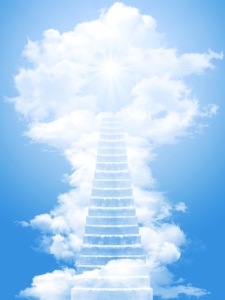 Whenever I see a new client’s manuscript, I can tell almost instantly how mature the writing is just by flipping through a few pages. How? Because there are things that newbies do almost universally. But the good news is, of all the possible writing faux pas, these are the quickest and easiest to fix.

Here’s the caveat: These steps are primarily cosmetic. If an author hasn’t studied the craft, applying these quick remedies won’t help that much. But even newbies who have studied make these simple little “errors.” Taking steps to correct them is the fastest way to make your work appear more mature–even if you’re writing for kids.

Kill the adverbs: You’ve seen this said before. It didn’t originate with me. Be merciless. There are better ways to describe and stronger verbs to use. Using adverbs is quick and easy–and lazy. Don’t cheat your readers. Kill the adverbs.

Go easy on the specialty punctuation: Dashes and ellipses fall into this category, as do semicolons and colons. Overuse of the first two are sure newbie-signs, as are improper use of the last two.

In fiction, dashes are used to indicate a character’s dialogue line being interrupted, for a parenthetical in the middle of a sentence, or to emphasize a point. Ellipses are used to indicate a character’s thought or voice trailing off and also sometimes for emphasis. The more these two tools are used, the less effective and more distracting they become. Go through your manuscript and see if it’s riddled with dots and dashes. Are they all necessary?

Colons and semicolons are so rare in fiction as to be almost nonexistent. Every time I’ve seen colons in narrative, I’ve felt like the author has stepped in to explain something and left the character suspended. I’m not one to say that they shouldn’t be in fiction; I’m not one to eliminate anything in the writer’s toolbox. But I can’t think of a good example in which they could be used effectively, or that something else wouldn’t be better.

As for semicolons, they often do have a place in narrative, but not in dialogue. Semicolons are too formal for dialogue and are best replaced with other punctuation. A few years ago I wrote “The Lofty Semicolon,” a post that explains the proper use of the mark, so I won’t rehash it here. But like all specialty punctuation, semicolons shouldn’t be used often. And to define often: a few times in an entire novel is fine, a few times a page is too often.

Reserve the use of italics: When I see a character’s thoughts written out in italics, I know the writer isn’t comfortable yet with writing in a deep point of view. When you’re writing in first person or deep third person, everything you’re presenting is to appear to come from inside the character–under his skin, in his mind, through his emotions. Everything. So you shouldn’t have to say “he thought,” because all thoughts are his. Same applies to using italics to represent his thoughts. Put them in past tense like the rest of the narrative, and don’t use italics.

Use pronouns: Frequently calling your characters by name can be distracting and can put a distance in the POV. After you’ve established the characters in a scene, it’s fine to switch from using their proper names to using their appropriate pronouns. I remember reading somewhere that mentioning the characters by name once or twice a page in narrative is enough. That’s a good rule of thumb. You may have to do it a tad more often in dialogue to avoid confusion, but even then, you don’t have to use proper names every single time (you shouldn’t have to tag every single line of dialogue, either, but that’s another post).

Avoid the name in quotes: How often do you call the person you’re conversing with by name as you speak to her?

“Mary, you won’t believe who I saw today.”

Does that seem natural?

Yes, there are times when you call the person you’re talking to by name–when you’re trying to get his attention, when you’re being snarky, or when you’re angry or upset. When you’re an angry parent, you toss in the middle name, too.

But in normal discourse, it’s not necessary to continuously–or even “frequently”–call the person you’re talking to by name. Dialogue is supposed to seem like normal, natural discourse. Be careful how often you use proper names in between the quotes.

These are the kinds of things you can fix yourself before sending your work off to a critique partner or editor. They’re just little things, but they go a long way toward presenting professionally written work.