On Credit Cards and Scams and Mother’s Maiden Name 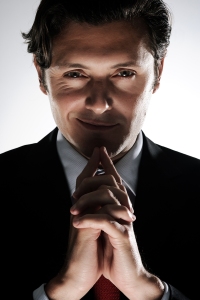 This is one of the rare days my cat PB let me sleep late. And because I didn’t have a post prescheduled for this site, and because I did get an extra three hours sleep, I’m late. I’ve been up for about an hour and a half now, and part of that time was spent wondering what I’m going to write about and the rest of the time was spent trying to figure out whether or not Mom’s credit card account has been breached.

If so, heaven help the jerk who did it.

Fortunately, whoever called her this morning and recited the last four digits of her card number woke her from a sound sleep. Her groggy head registered only the fact he gave a number, said “fraudulent use,” and gave her a phone number to return the call. I suspect, had she been coherent enough to return the call, she would’ve given the thief the rest of her credit card number.

Instead, she called me. Even half asleep, Mom is smart. She didn’t give out information over the phone. She has a deep-seated distrust of phone numbers and people she doesn’t recognize, and these days, octogenarians should have a healthy amount of distrust.

I fished her bill out of the to-be-shredded can and called the credit card. For verification, they wanted the last four digits of her social security number. Considering I’d been awake less than an hour and had downed only one cup of memory-pumping caffeine, I couldn’t think of it. I gave the lady the first number that came to mind, which turns out to be my husband’s.

“Anyone can figure out Mom’s maiden name,” she’d said. “They’ll never guess this one.”

True, and we thought it brilliant at the time, except now I don’t remember which one she used.

Now, I’m on a hunt for her SSN and awaiting a call-back from the wonderful lady who’d been so incredibly patient with my fumbling self this morning, while I down coffee like it’s a life-saving serum that will magically make my brain work again. If only it would.

Lesson here, kids: Don’t let your mom get cute about her password and info cues without filing them somewhere where you can actually find them again. Believe me, I feel like a huge idiot right now.