What About the Other Guy? by Robin Patchen

Thoughts and Emotions of the Non-POV Character 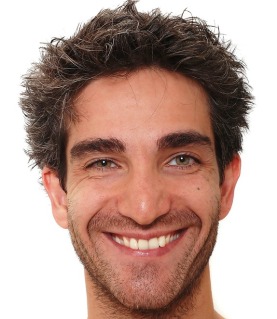 When I was a new writer first learning about Point of View, it seemed unconscionable to me that my readers might miss the nuances of what the non-POV character was thinking and feeling in a scene. I thought maybe my book was one of the few that really needed to be written from the omniscient viewpoint. I desperately wanted to embrace head-hopping as a valid literary choice.

Years have gone by, and I’ve seen the error of my ways. As an editor, I hear similar arguments from my clients. Unfortunately, the arguments don’t fly for them, either. It doesn’t matter that your favorite classical writer employed omniscient POV, and nobody will be swayed by the fact that some bestselling author head-hops all the time. When you’re a bestseller, you can break the rules, too. And maybe in a hundred years, your book will still be on the shelves—but only if you get it into readers’ hands now.

Of course, your non-POV character is having thoughts and feelings, and you do need to show them. How can you do that if you’re not in his head?

With your POV character, you can show his thoughts, his focus, his physiological responses to his emotions, and his actions, which together give us a good idea of who he is.

With non-POV characters, you lose a couple of those tools. Obviously, you can’t show your non-POV characters’ thoughts. And their physiological responses? Well, you can show the ones the world would see. And we can still write about what they focus on (because the POV character could notice it) and their actions—including dialog. And we have another tool in our arsenal—one that hardly works with POV characters—their facial expressions.

Let’s say you have a married couple, Bob and Mary. Mary is our POV character, and she’s just walked into their master bedroom to find Bob.

Her secret box lay in splinters, smashed to bit. Dread filled her as she met Bob’s eyes.

Her husband lifted David’s letter so she could see her ex’s familiar print. His eyes were filled with cold hatred. “You promised me,” he said. “You swore it was over.”

“Don’t.” Bob turned his attention to the letter, and she watched as his gaze scanned the page, reading her ex’s deepest emotions. She knew by heart what was written there, the poetic words of love, the promises and pleadings of the man who’d sworn he’d always love her. Never mind that his words had turned out to be lies. Sometimes, it felt good to read them. She needed those words. When Bob was gone on his long trips, she’s found solace in David’s words.

She thought of Bob reading what David had written. She swallowed a wave of nausea. She wanted to tear it from his white-knuckled grip. To save him the pain of reading it, of knowing how, in her loneliness, she’d longed for what Bob had never been able to give her. And she wanted to protect the secret longings she’d carried for years.

But there’d be no getting the stationery away from Bob’s grip. He finished the, then glared at her once more before he tore the paper into tiny bits and dropped them onto the floor at her feet, where they fell like the shattered pieces of her life. He brushed his hands together, dislodging the last remnants, and yanked the suitcase off the bed. “I’m done.”

No! David meant nothing to her, not anymore. So she’d held onto one last love letter. She should have destroyed it years ago—she knew that now. David’s love was a mirage, but Bob—he’d been her provider, her everything. Did her one small desire—the need to not just be loved, but to feel loved—did that have to mean the end? How could Bob do this, after all they’d been through?

He brushed past her.

She lunged toward him and wrapped her arms around his waist. “Please, let’s talk about this.”

He pried her arms off and pushed her away. “The time for talking is done. Good-bye.”

Okay, it’s a little melodramatic, I admit. But when you study David’s physiological responses, his facial expressions, his actions, and his words, do you need to be in his head to discern what he’s thinking and how he feels? Perhaps there are nuances we don’t understand, but we know enough for the scene to work.

It takes some skill to show the emotions of the non-POV character in a scene, but it can be done. So rather than trying to redeem the art of head-hopping, perhaps you can give this a try.

Robin Patchen lives in Edmond, Oklahoma, with her husband and three teenagers. Her third book, Finding Amanda, released in April. When Robin isn’t writing or caring for her family, she works as a freelance editor at Robin’s Red Pen, where she specializes in Christian fiction. Read excerpts and find out more at her website, robinpatchen.com.

Chef and popular blogger Amanda Johnson hopes publishing her memoir will provide healing and justice. Her estranged husband, contractor and veteran soldier Mark Johnson, tries to talk her out of it, fearing the psychiatrist who seduced her when she was a teen might return to silence her.

But Amanda doesn’t need advice, certainly not from her judgmental soon-to-be ex-husband. Her overconfidence makes her vulnerable when she travels out of town and runs into the abuser from her past. A kind stranger comes to her rescue and offers her protection.

10 Responses to What About the Other Guy? by Robin Patchen