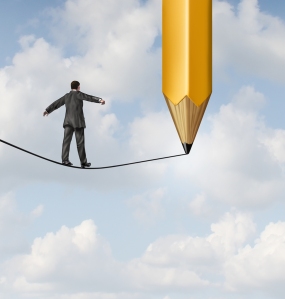 Do you have enough tension in your scenes? They’re all supposed to snap and crackle like a live wire in the rain, ya know. How’s your electricity flowing?

Yesterday, mine fizzled. Had to rip out the entire scene and rewrite it. Why? Because I wrote it in the wrong POV.

I’m working on Riding Herd, the sequel to Give the Lady a Ride—Contemporary Western Romance–so the idea that I’m in the wrong head when there are only two to choose from is ironic in itself, but let’s skip over that.

Generally in Romance writing, you can present your story exclusively in the heroine’s POV, or you can balance the hero’s and heroine’s POVs. Notice, I said balance. Unlike Women’s Fiction, where the hero’s POV is allowed, but secondary and delayed in its presentation, they’re both given equal time and weight in Romance. I’d written quite a bit in Patricia’s POV, so now it was time to hear Talon’s voice.

I’m setting up a blow-out between them, so what would happen in the scene would affect both of them equally, and the results would be equally devastating. So how does one choose?

Well, I tried to be a good girl and give Talon equal time. I gave him the role of presenting the issue to Patricia. Didn’t work. Flat, boring. Sizzle-free.

Then I went back and tried to infuse some life into it by amping his emotions as he presented his case. It helped, but the tension felt artificial, contrived.

I couldn’t get around the fact that he had to be the one to present the problem, and though he was tense about it, even without having to contrive stronger emotions, he had the advantage over Patricia. He knew what he was going to say and what he wasn’t going to say.

This sounds funny, doesn’t it? Talking about my hero as if he lives and breathes in some dimension just a hand’s reach away. But that’s the way it is, isn’t it? After you’ve spent time developing these characters, they aren’t just characters anymore. They’re people who live in your head with distinct personalities, mental and emotional patterns, likes and dislikes. And this is what you want your readers to experience–characters so real, they’d like to sit down and have coffee with them.

So, back to the scene:

Talon has some information to share, but he doesn’t want to share all of it. Not yet, anyway. Problem is, Patricia knows what he’s leaving out–and their entire relationship is hanging on it.

Funny how posting this here makes the POV choice seem so obvious.

Keep the tension up in your scenes by presenting them through the POV of the character who will likely have the strongest reaction. Emotions drive tension. Honest, raw emotion catapults tension to a higher level.

2 Responses to Tense Out