Merry Christmas to Me! 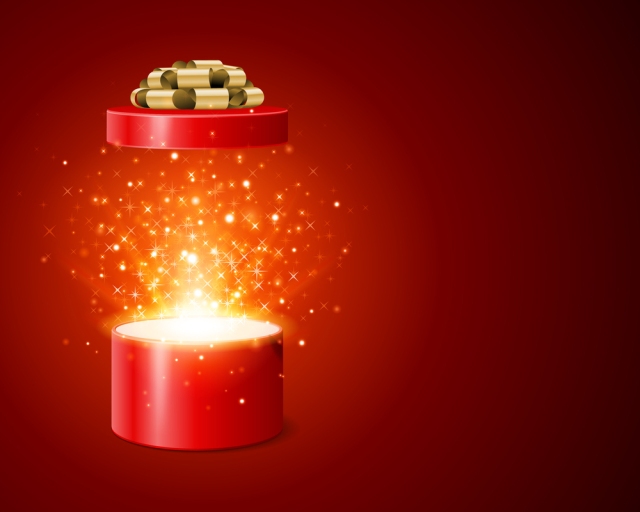 I had the best surprise yesterday, and I’m so excited I could just bust right open and splatter America with bright red confetti!

But I’d better settle down. Between my excitement and Cuddlebug using my computer as a scratching post, the first paragraph of this article got published and sent out to my followers before I could finish. Now, everyone has an email that ends with me splattering America with bright red confetti. (I’m not sure about WordPress’s new posting format. If it’s that easy to prematurely post something, then it’s not good. Not good at all.)

Anyway, yesterday The Man came home from errand running and told me he’d found a building for us. He retires in three years, and we’re going to move back to central Texas, closer to our family. We have the land, but we’ll have to build a house. Actually, we’ve had the land for quite some time, and I’ve been itching to put at least a cabin on it, but time and money have never been quite right.

MSB has been talking about putting a high shed out there for the tractor we bought a few years back and just blocking off part of it for us to use while we’re there. He had in mind a large metal shed with garage-style doors that he could drive the tractor through, and an enclosed space that would serve as a one-room apartment for us until the house got built. He priced his idea at different companies and wasn’t happy with the results.

When he came in yesterday and told me he’d found a building, I wasn’t expecting to like what he found. I figured it would be functional and tolerable, but not anything I would’ve chosen myself.

Boy, was I in for a surprise!

What he found was a great deal on a cabin shell with a front porch. The interior of the cabin is unfinished, so I can fix it any way I want–and my mind started rolling with ideas almost immediately. The way the porch is inset in the front of the building naturally divides the cabin into three rooms, the kitchen/dining area will be on the right, the bedroom on the left, and a small living room in the center.

I wish I could find a picture of it for you, but believe me, I’m certain to take several once it’s ours. MSB put a deposit on it yesterday and, if everything works out right, will pay it off before the week is out. Then it’s just a matter of moving it out there and setting it up. We’ll have three years worth of weekend visits to finish the interior before we move in while our house is being built.

I don’t know what’ll happen to it once we move into the house. It’s too large to be a writer’s cabin and too nice to be just a shed. Chances are it’ll be guest quarters. May even use it as a B&B. That would be fun!

Want to come visit? Mark your calendar for 2018!

17 Responses to Merry Christmas to Me!