A week ago, I talked about these posts. Each author who writes one invites three other authors to join the tour. I signed up twice–once with Karin Beery and again with Stacy Zink.

Last week, I talked in generalities about my writing process. This week, I can take a look at the particulars of The Cat Lady’s Secret.

Stacey Zink, fellow ACFW and Writers On the Storm member, tagged me for this week. You can find out more about her on her blog, SurbubanThoughts.

What I’m working on: I’m in the promoting stage. Anyone who follows this blog already knows The Cat Lady’s Secret releases June 6. I’ve been harping on it for weeks! Of all the stages involved in this business–writing, editing, submitting, promoting–this is the hardest part of the job, the part that takes the most creativity. Hundreds of authors are vying for the attention of a handful of readers, and coming up with new ways to push my novel to the forefront strains my brain. But exercise is good for it, right?

How my work differs from others in my genre:  The Cat Lady’s Secret is a romantic Women’s Fiction novel, in which Emily has to face her past before she can successfully enter a relationship with Scott. Variations of this plot occupy bookshelves all over the world and cyberspace, and the one thing that I bring to the mix that’s different is my voice. There are very few new plots, but there are tons of new voices. Mine adds the humor that keeps my readers engaged.

Why I wrote The Cat Lady’s Secret: Here’s something few people know. I was feeling sorry for myself after I finished Give the Lady a Ride because I didn’t know what to write next. I heard a voice in the empty house–clear as if someone were standing right next to me–Why don’t you write about a cat lady?

The book didn’t quite turn out the way I thought it would. I’ve said before on this blog that a series of crises in my life turned the novel from a comedy to a comedy/drama, but I’m still pleased with it. And totally amazed at the depth it acquired during my rough times. I think all my readers will love this story.

How my writing process worked: Writing The Cat Lady’s Secret was more complicated than writing Give the Lady a Ride. Ride was based on a “what if,” Cat Lady is based on a character I wanted to explore. Developing a story around the character took some time. Even if you have one character in mind, you still have to come up with others. And Millie is so eccentric–so kooky sometimes–that I felt I had to bring more “sober” characters into the tale. Little did I know that my life would turn in such a way that the entire plot had its sober moments.

Like I said, it isn’t at all what I thought it would be. It’s better.

Here’s the list of authors participating with me in this blog tour. Hope you enjoy visiting them!

Pam Thibodeaux is an award-winning author and the co-founder and a lifetime member of Bayou Writers Group in Lake Charles, Louisiana. Multi-published in romantic fiction as well as creative non-fiction, her writing has been tagged as, “Inspirational with an Edge!” ™ and reviewed as “steamier and grittier than the typical Christian novel without decreasing the message.”

Candice Sue Patterson studied at the Institute of Children’s Literature and is an active member of American Christian Fiction Writers. She lives in Indiana with her husband and three young sons in a restored farmhouse overtaken by books. When she’s not tending to her chickens, splitting wood, or baking bread, she’s at her computer working on a new story. Candice writes contemporary romance with threads of nostalgia set on the east coast. 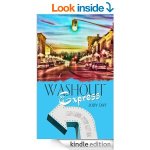