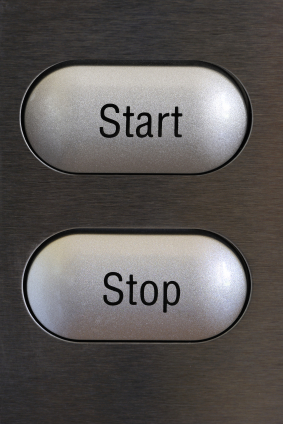 The first, written by a newbie, opened with the main character on a walk. During that walk, she reminisced over events that had just occurred. I’ve done that before–a paragraph or two devoted to action that occurred before the book’s “page 1.” I got dinged for it, too. When I fixed it, I discovered that going back to present the action instead of just telling about it gave the reader an opportunity to get to know the character before disaster struck.

The newbie’s story would benefit from moving time back, too–particularly since he’d devoted far more than a paragraph or two to the event. If he’d begun his novel with the action the character now ruminated over, he could’ve presented the setting better and grounded the reader into the era. And he could’ve presented the event far more powerfully than by telling the reader what had happened before. Yes, he had us in his character’s head, but the character told us about her emotions instead of letting us experience them with her. A cheater’s form of deep POV–the author is still “telling,” he’s just telling from inside the character’s head.

Don’t get me wrong, I’m not talking about opening your novel with backstory. The event I’d skimmed over and the event the newbie avoided were both the key incidents that kicked off the action in our novels. I should’ve known better than to present the action through the character’s memory because I’ve dinged other authors for the same thing. As for the newbie, I can only hope he’ll learn in time.

Start/Stop Lesson #1: If you find yourself explaining an event before you actually get to the action, you probably ought to start with that event.

The second book I read was a mystery. It opened with the dead body being discovered, and the rest of the novel was devoted to finding the killer. Typical mystery.

In developing the characters, the author deepened them by presenting some of the baggage they carried into the novel from their backstories, events that didn’t affect the plot, but rounded out the characters and made them more realistic. Having the characters dump their baggage and heal from old wounds became a subplot that had to be tied up for the reader to have a satisfying experience with the novel.

Problem was, once the murder was solved and the bad guy got his measure of justice, the novel should’ve been over. The primary point of a mystery is the mystery itself and getting it solved. This author continued the story to illustrate how each of the other characters managed to deal with their problems and heal from their wounds.

As I tried to decide whether to finish this book, it dawned on me that I’d listened to an audio book by this author before, and she did the same thing in that one. Her point, I suppose, is that her characters were more important than the event that brought them together. My point is, she ended her novel in the wrong place, because once the mystery was solved, I was ready for the book to be over.

It’s not that I didn’t care about the characters–I did. She did a good job with them. But certain genres dictate when a book is over, and Mystery is one of them. The whole point of Mystery is the mystery. The point of Romance is getting the guy and gal together. The point of Action/Adventure is accomplishing the goal the characters set out to do. Once the point of the story is achieved, the novel is supposed to end.

Solving backstory issues belongs in different genres: Women’s Fiction or Literary–any genre where the point of the story is the character’s inner journey. This is where the main plot is to bring your characters from “damaged” to “all better.” In virtually any other genre, such a journey is a subplot.

Start/Stop Lesson #2: Tie off your subplots before you settle your main plot. If you’re a chapter or two from ending your manuscript, you should bring the subplots to a satisfying conclusion. The author of the mystery had ample opportunity to settle her subplots before solving the murder and capturing the bad guy, she simply chose not to. And I chose not to finish reading the book. My new one had arrived and I was anxious to start it. Once the previous author confirmed my “whodunit” guess and dealt with him according to his sins, I was ready to move on.

6 Responses to Novel Starts and Stops