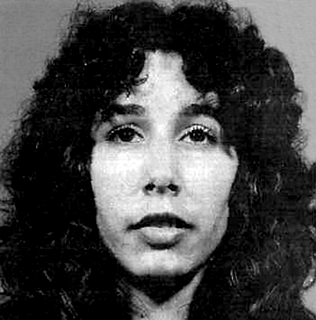 Remember her? This is Karla Faye Tucker, the Texas inmate who caused quite a bit of controversy back in the ’90s. She had hacked some people to death with a pickax and was sentenced to die by lethal injection.

The wheels of justice turn slowly, and, unlike her victims, Karla had an opportunity to come to Christ during her incarceration. She totally and miraculously turned her life around. Because of this, when her execution date arrived, all America was in an uproar, and news media from the world over condemned the state of Texas for still having capital punishment. Many influential people wrote then-governor George W. Bush, pleading for clemency for this woman. Big names among TV evangelists prayed that she would be spared.

During and long after the debates and hubbub and final execution, I mulled everything over and came to several conclusions:

I don’t know why, all these years after the event, it came to my mind again. I was reading in Proverbs and kept returning to one particular passage:

People do not despise a thief if he steals to satisfy himself when he is starving. Yet, when he is found, he must restore sevenfold; he may have to give up all the substance of his house (Proverbs 6:30-31, NKJ).

These verses cover everything about justice except forgiveness and mercy. It’s easy to feel compassion for someone who commits a crime because of a need, but despite the need, the crime was committed and the consequences must be paid. Justice demands it. How much more so when the crime is apparently senseless?

Forgiveness and mercy aren’t for the general population to give, they belong to the victims of the crime. God demands that His people practice forgiveness and mercy, and sometimes the only way we can do it is through His strength. Sometimes not even then.

But when someone commits a crime, s/he isn’t affecting just the victim and the victim’s family. God is affected–all sins are against Him. There is no such thing as a “victimless crime,” not that I mean to paint God as a victim, but even the most private of sins and crimes aren’t private to Him–He knows. Forgiveness and mercy are His to give, as is justice. It doesn’t matter what one gets away with here on Earth, because we are eternal beings–we don’t just die and cease to exist, we continue in a life different from our Earthly one. God is eternal, and His sense of justice is true and right–and it will be executed. Best to accept His gifts of forgiveness and mercy now than to take your chances later.

Again, I have no idea why I’m writing about this. Maybe God is helping me with my WIP Corporate Ladder, because the main character is going to commit a series of sins for which she’ll need forgiveness. Or maybe God has someone in mind who needs to see this. I have no clue–that’s His business.

Whatever the reason, the truth is presented for all to see: There is nothing God can’t and won’t forgive.

HOWEVER! I want to do a book-giveaway.

SO! I’ll be giving four books, a book away for every day I’m gone.

ALL YOU HAVE TO DO is leave me a note, a comment on my Facebook author page. Tell me you like rodeos, and what event is your favorite. Or tell me you hate rodeos, but have a fondness for cowboys.

WHEN I GET BACK, I’ll hold a random drawing and contact the four lucky winners!

6 Responses to And Justice for—