Anyone who has read my blog for a while may have seen the author of this Cooking Calamity in the comments section. Cecilia Marie Pulliam, “Ceci,” is one of my favorite supporters and prayer warriors. She’s special–just like her sense of humor! 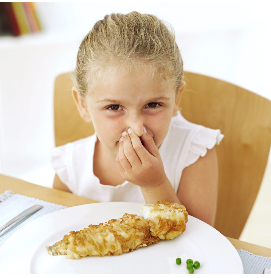 I must admit I have created some rather memorable recipes when too tired to think, like the time I used cinnamon instead of chili powder in the taco meat. I can’t describe how that smelled. Even the dog wouldn’t eat it.

Do you know baking soda foams when substituted for cornstarch in sauces? It looks something akin to Mt. Vesuvius the second it hits the pan. It not only removes odors from the refrigerator, it also neutralizes all flavors. I am not sure how to describe what was left in the pan, but it certainly wasn’t Oriental Pepper Steak, and no, I didn’t not bother to offer any to the dog.

When I accidentally substituted the baking powder with baking soda in the tempura batter, it didn’t foam, but to this day, my husband swears the shrimp bit back.

In a vain effort to discourage other similar cooking adventures, I now keep the baking soda, the cornstarch, the cinnamon, and the chili powder in separate cupboards. However, that didn’t protect the grilled cheese.

No, I didn’t burn the bread. That would have been too obvious. This mix-up was a bit more insidious, and it wasn’t until after the first bite my error was discovered. I will only say this, it is a scientific fact you cannot scrape enough melted cheese off those individual wrappers to make a sandwich. Trust me.

In regards to pressure cookers, I no longer own one, not after the burned brussel sprouts. Evacuation was the only recourse until the air returned to non-toxic levels.

At least I remember to remove the giblet bag before roasting the turkey, unlike my daughter. Well, it was her first big family dinner.

My mother is an excellent cook, most of the time, but some of her leftover combinations rival my artistry. It was a good idea to mix the hash browns with the milk gravy, and spoon it over the hamburger patties, adding the BBQ beans was not. Then, it pays to be skeptical of anyone who would eat green guava jelly on cold boiled potatoes.

I love my sister-in-law’s wit and humor. After one of her culinary errors, she announced to her family they were having cookies instead of biscuits for breakfast. Oh well, I don’t think my family would believe it either.

Cecilia Marie Pulliam is an artist, writer, and an avid reader. Her blog, Out of the Closet and Into the Light, features Christian themed stories, photos of her month-long tour of Africa, her African wedding, and some of her artwork. She currently lives in Western Idaho with her husband and their fiesty little Brittany, Scout.

Her first book, And Then Came a Lion, will be published this fall. 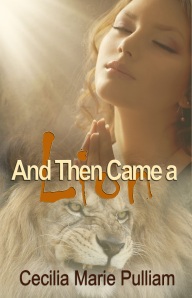 Don’t forget:  if you’d like to contribute, for fun or as a promo op, write me and let me know.  My email address is on my Triple Edge Critique Service page. Put “Cooking Calamities” in the subject line.

13 Responses to What is That?!