It’s About the Character 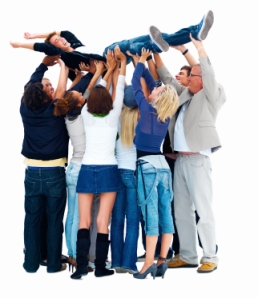 I’m going to tell you a secret–something the newbie writer may not know: It doesn’t matter what you write or what your genre is, your story is about your character. Whatever setting description you want to paint, if your character isn’t in it, it’s just purple prose. Whatever scene you write, if it doesn’t directly or indirectly impact your character, it’s superfluous and can be eliminated.

I’m not saying that readers don’t like action, but the action carries more weight if it affects the character. If something is at stake. Action for action’s sake is fun, but forgettable. Show how that action knocks your character’s world out of whack, and you’ve developed something memorable. You bring your readers into your story by giving them someone they can relate to.

In her novel, Dreamlander, author K.M. (Katie) Weiland set the stakes high for her character, Chris Redston. The fate of two worlds rests on his shoulders, and he doesn’t have the knowledge or experience to make things right. But he’s willing–willing to learn and willing to fight. Katie put lots of blood-stopping fights in her novel, but one scene in particular shows the impact on Chris personally. It’s his first taste of battle.

The field was a churned-up mess of shell craters, burning grass, and bodies. Everywhere bodies. He forced air in and out of his lungs. So this was war. That was the only thought his brain could seem to summon, and it ran circles inside his head. So this is war. . .

Pike and axe handles split. Iron clashed against iron. Bones cracked and blood slimed the ground. The battle cries faded into the crack of adrenaline. Time disappeared. Even the memory of time ceased. Only the ebb and flow of battle remained. The pounding of blade against blade, flesh against flesh, feet against sod. The chill of the wind, the heat of his blood.

So this was war.

Implied in this passage is the idea that Chris found this whole experience surreal. He fought, he shed blood, he reeled his horse around to attack another, but all along he could only think, “So this is war.”

But in this scene, we get a very personal look of how his first battle affects him and him alone.

As your character is involved in his action, let your reader into his thoughts. Nothing is more boring than a laundry list of activities: he did this, he did that, then he did the other. Let his hands shake. Let him wonder if he’s doing the right thing. Get inside of him and show the reader how his actions are affecting him.

Your novel isn’t about the action. It’s about your character.

Katie’s newest release is available in soft cover and Kindle versions on Amazon.com.

You can find my review of the novel on AuthorCulture

6 Responses to It’s About the Character