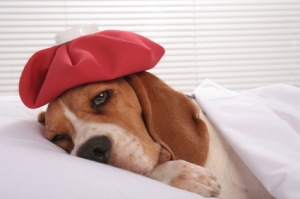 You probably know I’ve been sick for several months, and you probably marked my long absence from Peppermint Place to that illness. If so, thanks for your patience. And if you’ve been praying for me, double thanks! It’s been a rough ride.

I couldn’t possibly catch you up on everything that has gone on since the last time I wrote, but here’s the abbreviated version: Thanks to the Crohn’s disease, I wound up with several abdominal abscesses, one of which settled against my psoas muscle, which leads to my left leg, and rendered me almost lame for a few weeks. The doctors who saw  my CT scan faced me with grim looks. One said something he’d never said before: “I’ll be praying for you.”

Frankly, that scared me to death.

My surgeon considered my case too complicated and sent me by ambulance to ETMC, a hospital in Tyler, Texas. So I spent the two weeks before Christmas in a hospital bed carefully watched by a surgeon, an infectious diseases expert, a gastro-interologist, and an internal medicine physician.

The plan of action was to drain the abscess resting against my muscle and give me a regimen of antibiotics to dry it and the others up until they’re gone. The plan worked well enough that now I’m home–but I still have the drain, and I have a PICC line in my arm so I can self-administer my antibiotic IVs. The object is to avoid surgery, something I couldn’t do last time I had an abscess. Even the ETMC surgeon was worried about having to operate on me. Turns out that my innards are in quite a mess, and the doctors worry that another surgery, particularly one that includes another resection, will leave me in a condition where I can’t support my body orally–I won’t be able to absorb the nutrients. Scary, huh?

But the good news is that the antibiotics do seem to be working and surgery is becoming less of an issue. At least I don’t feel sick anymore, which is a huge plus. It’s hard to do anything productive when your brain’s in a fog. So, I can tentatively say “I’m back,” at least until the doctors say otherwise.

Since I don’t have much else to write about except my hospital experiences, maybe I’ll post about them. Who knows? Maybe someone who needs sickbed scenes can use them in a WIP. Or–could it be possible?–some of the antics may actually be entertaining. Like when I told the woman who needed to know whether I lived in a one- or two-story home that I lived in a squirrel’s nest . . .