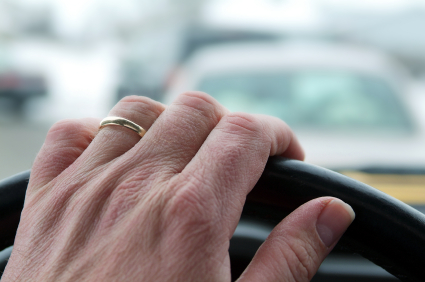 Not long ago the big “share” on Facebook was a chart indicating women had more road rage than men. The response among some of the women was that men would never admit to the rage. I’m not sure that’s possible. By definition, rage is uncontainable. But I guess if you’ve never witnessed his rage, he can deny it all he wants.

I’ve admitted to being a name caller, admitted to shouting at the windshield and fuming until the offending driver is either off the road or is just a speck of taillights in the distance. I’ve never understood why people who wouldn’t trust me with their wallets would trust me with their lives–which is exactly what they’re doing when they pull out in front of a car going 70 mph. I’ve never understood what part of “yield” or “stop” is so difficult to grasp. And I’ve certainly never understood the mentality that wherever the offending driver has to go is so much more important than where I have to go that I should move off the road and let him pass.  After a couple of times of almost being squeezed into a ditch, I’ve stopped moving to the shoulder. If you want around me, wait until it’s safe to pass.

It seems MSB is never fazed by such things. He’s the best defensive driver I’ve ever seen. He agrees with my definition: “Defensive driving is believing deep in your heart that the other driver is an idiot, and acting accordingly,” which means to anticipate his stupidity. MSB has no qualms about slowing down on the highway near merging lanes. He’s far more patient with morons who don’t know what that yellow, triangular sign means. And, somehow, with a superhuman uncanniness, he can spot those who got their drivers license as a prize from the bottom of cereal box. He always gives them a wide berth. He also watches for truckers–almost protectively. After all, they’re working men. If they act like they own the road, it’s partly because they do. The taxes they or their companies are assessed do pay for a big chunk of the highway.

Over the years, I’ve paid attention to his calmness behind the wheel, though one of the major changes I’ve made recently is to change the music I listen to while driving. Elevator music doesn’t bother me–I get a kick out of it. It’s like singing the lead with an instrumental backup. Or I pop in my praise music. Hard to show my temper when I’m aware of my Savior.

So, as I drove to Bryan last week, I sang along to “Our God is an Awesome God” while eyeing the 18-wheeler that pulled into the center turn lane with the intent of going the same direction I was. I harmonized the chorus as I watched through the side window as the car on the right sped up to trap me so I couldn’t move over. I tapped a finger on the wheel to the beat of the music as the trucker pulled into my lane just a few yards ahead of me instead of waiting for me to pass. And I was a good girl. I pressed the brakes and gave him space.

I followed him patiently as we drove over the bridge, then I flipped my blinker to move to the right lane so I could get off the road at the next exit. Guess what? The trucker wanted in the right lane too, and again, he wasn’t interested in letting me pass before he slipped into my lane just a few yards ahead of me. But I was a good girl. I pressed the brakes and gave him space.

And I was well rewarded. When he realized we were going the same direction, he pulled over and let me by. Believe me. I cranked up the Ford and blew his doors off.

Not long after, we had a Sam’s date in Lufkin. Once a month, we go to Lufkin for shopping and lunch out and great conversation during the drive. We catch up with each other, laugh together, dream our pipe-dreams, and in general just reconnect.

There’s a stretch along the highway just outside of Nacogdoches where the cars start jockeying for position. The speed limit is 55, but it’ll be 70 just a mile up the road, so why bother with 55, right? The stretch is usually congested, but you can always see vehicles darting in and out between the lanes. As we got closer to the 70 sign, MSB began to accelerate–only to be cut off by a cute little coed with a cellphone at her ear in a daddy-bought Corvette. She squeezed into the tiny space between us and the pickup ahead of us, and MSB lost it.

I”ve never seen him do this before.

I couldn’t believe it!

He flashed his lights at her! Really–brights and everything. Twice!

By golly, that’ll teach her.