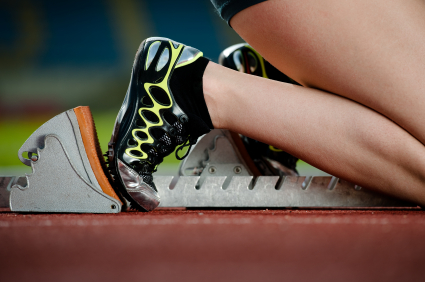 I did it. I signed up for ACFW’s Novel Track today. Novel Track is similar to NaNoWriMo except that I get to choose my own goal and (the biggie here) it’s not in November. The big month of cooler weather, open season, and Thanksgiving does not belong to me. Maybe I could do a book in a month if I had more than two weeks of that month to call my own.

I announced Monday that I was ready to start writing again–and I did. A whopping 425 words. Can you get any more pathetic than that? I managed to finish a scene which has been bouncing around in my head for a couple of months, but that’s all I did. At 425 words per day, I’ll finish this novel in about 200 days. Not too bad, I guess–after all, that’s less than a year–but I’d like to do better.

So, on with Novel Track!

That’s the general idea, but here’s my reality: In my to-do pile, aside from general life interferances, are one novel I’m editing for the agent I work for and one paid proofread, so I have to dedicate some time to these two projects. I’m also editing The Cat Lady’s Secret again per my agent’s suggestion. I’m spending the bulk of next week with Mom, so that knocks out four days. I don’t work on Sundays if I can help it, so there’s another four days gone, and I usually don’t get to work every Saturday since MSB is off–but he may not be in August, so I’m going to count them as work days this month. But I do have a signing on the 18th, so there’s a day gone–a total of nine.

So instead of thirty-one full days, I have twenty-two, which brings me down to 33,000 for the month–leaving me with 36,600 to make up for next month.

Author/Freelance Editor/Speaker (writing and editing topics).
View all posts by Linda W. Yezak →
This entry was posted in Personal, Writing. Bookmark the permalink.