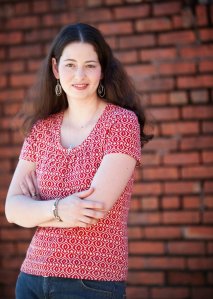 I have probably read more terrifying passages then the one I’m about to share. However, this scene, from the day I read it, has always been a favorite, and is, on a cerebral level, a terrifying scene… provided you understand the main character.

Conspiracy in Death by J.D. Robb (aka Nora Roberts) is probably the most re-read book in my library. And the scene just past mid-point (pages 214 – 217 in my paperback copy) is the scene I’ve read and re-read the most.

The setup: Lieutenant Eve Dallas has been investigating a series of murders in the 2050s NYC. She’s just getting a handle on the case when a troubled officer with an ego issue is murdered… And Eve is the prime suspect. (Commander) Whitney is her boss.

“Lieutenant!” Whitney whipped the word out, watched her head snap around, the fury in her eyes hot and open. “The department must conduct internal and external investigations into the matter of the death of Officer Bowers. There is no choice.” He let out a long breath. “There is no choice,” he repeated. “While this investigation is open and active, you are suspended from duty.”

He nearly winced when he saw her eyes go from hot and alive to blank and dazed. Nearly cringed when he saw every ounce of color drain out of her face. “It is with regret, Lieutenant, great personal regret, that I ask you to turn in your weapon and your shield.”

Her mind had gone dead, utterly dead, as if some electrical current had been shut off. She couldn’t feel her hands, her feet, her heart. “My shield?”

“Dallas.” He stepped to her, his voice gentle now, his eyes storming with emotion. “There’s no choice. You are suspended from duty, pending the results of the internal and external investigations in the matter of the death of Officer Ellen Bowers. I must ask for your weapon and your badge.”

She stared into his eyes, couldn’t look anywhere else. Inside her head was a scream: dull, distant, desperate. Her joints felt rusty as she reached down for her badge, then over to release her weapon. Their weight in her hand made it shake.

Putting them in Whitney’s was like ripping out her own heart.

I wish I could share the entire scene here, but this is the turning point and the spot where my heart always catches in my throat.

You see, being a cop is Eve’s identity; it’s all she knows. To tell her she was no longer a cop… it’d be like telling me I could no longer be a writer or a wife and mother.

To me, this scene is terrifying, especially since I’m a huge fan of the “In Death” series. It’s not so much the words used, how the scene is phrased, it’s none of that. It’s the actions that had to be taken, no matter how regrettable. No one in the room (and there were others, just not in this particular clip) wanted to do this, but no one except perhaps Whitney knew what it would mean to Eve. But, as her commander, he was the one obligated to do it. When I first read this book, I didn’t expect to get to this point and have everything I’ve known about the series suddenly shift.

As authors, we sometimes want to give our characters the easy path. But, an easy life is not an interesting life. We all have struggles. It builds our character to have them. Taking away Eve’s badge, as terrifying as it was for her (or the reader who’s in her head), was a very important moment of conflict. What would Eve do? How could she continue? And, what would her husband, multi-gazillionaire business mogul Roarke, do to those who did this to her?

Even now, that last question, in and of itself, is enough to send a chill down my spine.

~~~~~~~~~
LIBERTY SPEIDEL is a talented, budding author of mystery and cross-genre novels, as well as a regular contributor at Christian Children’s Book Review. Her broad range of interests includes space travel, politics, gardening, and learning new skills, most recently canning and running. Her first published story came out this year at OverMyDeadBody.com. She resides in Kansas with her husband of (almost!) ten years, their two adorable children, and a chocolate Labrador named Tucker.

Learn more about Liberty at her site, Liberty Speidel.com

Other posts in this series:
“It was Terrifying!“
“Jane Lebak: ‘Scary’ and ‘terrifying’ are subtly different”